Last summer I grew three varieties of corn in my tiny garden. I knew from the start that my harvest, if any, would be meager. The plants would be hindered by poor soils, assertive pigeons, and, worst of all, my pathetic knowledge of farming. Luckily it wasn’t so much the product I was interested in, as the process. I was interested in the idea of crop diversity–and in what it means to conserve it.

Today hundreds of organizations around the world, from community nonprofits to international research agencies, strive to conserve crop diversity. Many are worried about a future in which today’s industrial monocrops wither in the face of climate change, drought, and emerging diseases, forcing farmers and plant breeders to look for crops with traits suited for a changing planet.

Decades of research has revealed that the diversity of the plants we grow for food has diminished since the early 20th century.

Today’s conservationists are trying to ensure that uncommon varieties of grains, vegetables, and fruits remain available to future generations who might need the options they provide. But approaches to this shared goal can vary dramatically. I hoped that getting some seeds (and my hands) in the soil would help me better understand what makes conservation so challenging.

Decades of research has revealed that the diversity of the plants we grow for food has diminished since the early 20th century. Scores of seeds no longer in widespread cultivation are maintained by agricultural institutes as resources for future crop research and development. Copies of the most valuable of these collections are ferried to the Arctic for long-term cold storage in the Svalbard Global Seed Vault.

This widespread attention to endangered seeds hasn’t always been the case. Agricultural experts began insisting on the importance of preserving local strains of key crops in the 1880s. But it wasn’t until the 1970s that governments started to put significant resources into this issue and to coordinate conservation efforts across countries.

In the intervening period, many scientists and research institutions created collections of their own. Some were enormous. In Soviet Russia, the botanist and geneticist Nikolai Vavilov orchestrated world-spanning collection missions in the 1920s and ’30s. By 1940 he and his colleagues had amassed some 250,000 samples of diverse crop varieties and crop wild relatives in Leningrad.

Most collections were specialized. While Vavilov traversed the globe hoping to turn his department into “the treasury of all crops and other floras,” the British botanist A.E. Watkins drew on imperial networks, for example connections at the London Board of Trade, to have wheat seeds from around the world sent his way. By the 1930s, he had about 7,000 samples of different varieties in his collection.

Few collectors were able to aspire explicitly to long-term preservation. Seeds are living things and will gradually die in storage, typically over years or decades depending on the type of seed and how it’s kept. As a result, keepers and curators of collections must monitor seeds’ viability and be ready to sow, grow, and harvest a fresh batch of seeds when that viability drops off. For a collection of even a modest size (let alone for one of 250,000 samples), this is big commitment. 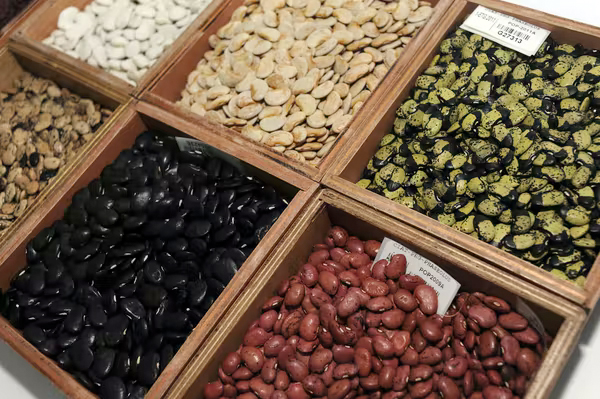 Long-term conservation action was slow to materialize as a result. It was hard to convince both scientists and states to bother with time-consuming monitoring and regeneration of collected “old” varieties, especially when all the reward seemed to be in making and growing new ones. Industrial farms, private seed companies, and development experts were all transfixed by so-called modern varieties, with little time to spare for what had come before.

So what turned the tide? And why does it matter? To answer these questions, I dove deep into the history of seed banks and crop conservation. I visited active research stations and institutional archives, spoke with today’s seed conservation specialists and sifted through the papers of their predecessors. My findings are documented in my book, Endangered Maize.

An early breakthrough came as I thumbed through files at the archives of the U.S. National Academy of Science. Inside several folders labeled “Committee on Preservation of Indigenous Strains of Maize” from the 1950s lie minutes and records charting more than a decade of efforts to collect varieties of Zea mays–also known as maize or corn–from across the western hemisphere and, most ambitiously, preserve them in perpetuity. This immediately stood out to me. Here was an early outlier in the history of crop conservation: an international effort with its eyes on the very long term.

The members of this Maize Committee worried that the corn varieties developed by professional breeders and sold by seed companies were steadily supplanting the kinds traditionally grown by farmers in Latin America. They called these varieties “Indigenous strains” but today many scientists would speak of these locally adapted, farmer-saved lines as “landraces.”

From the northern deserts of Mexico to the tropical lowlands of Brazil to the highlands of Peru and Ecuador, the diverse peoples of the Americas had created many kinds of corn over centuries of cultivation and trade. The committee wanted to preserve these–not as crops cultivated and harvested by farmers–but as samples maintained in research facilities that they could study as geneticists and improve as breeders.

The Maize Committee succeeded in gathering thousands of seed samples. By 1960 most were stored in what the committee members referred to as “seed centers,” but which today we would label seed banks or genebanks. These were among the earliest facilities designated specifically for long-term seed conservation. The committee hoped that refrigerated storage at the centers would extend seeds’ lifespans and keep the inevitable task of regenerating samples to a manageable minimum.

Fast forward seven decades. Curious about the fates of these samples, I traced their journeys whenever paper trails and research budgets allowed. While visiting a seed bank in Mexico, I held a jar filled with seeds collected during those early missions. I passed descendants of many similar samples as I navigated the aisles of the US maize germplasm collection in Iowa. Clearly the Maize Committee had some success in its mission to secure seeds.

Despite this, I’m skeptical that seed banks–still conceived today as the central element in successful conservation of genetic diversity in crop plants–offer the long-term solution we need. The history of maize can help us understand why.

To explain this, we need to get back to the Maize Committee. What drove its collecting and conservation enterprise in the 1950s? A simple answer is hybrid corn. This was the looming threat that worried the Maize Committee as it surveyed the future of corn diversity across the Americas.

I planted what’s known as an F1 hybrid variety in my garden last summer. It was a sweet corn, with creamy yellow kernels just like the corn I buy from the grocery store near my home. Cooked within minutes of being cut from the plant, it was meltingly tender and unbelievably delicious.

The “F1” stands for “first filial” and it indicates that the seed was produced by hybridizing two genetically distinct parent lines. Those parent lines in turn had been produced through years of inbreeding, a process that ensured they would possess and pass on only the qualities that scientists wanted. 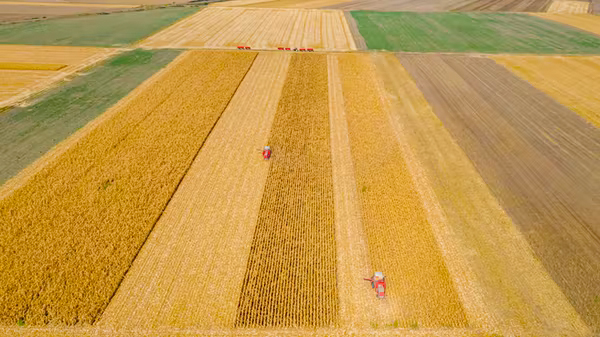 My F1 hybrids had been through a process of genetic standardization in which professional plant breeders had eliminated many potential sources of variability among them. I could expect plants of about the same size, ears of uniform color, and that they’d all develop at roughly the same rate.

Historical accounts often pinpoint the invention and rapid adoption of F1 hybrid corn from the 1940s, initially in the Midwestern “corn belt” of the United States, as a turning point in agricultural history. In Iowa, the heart of the corn belt, hybrid varieties accounted for 1% of corn acres planted in 1933. By 1945, they represented 90%.

For some observers, hybrid corn represented a first triumph of the science of genetics, in which better understanding of the principles of heredity led to improvements in agricultural productivity and economic gains.

For others, it was more a triumph of capital. The genetic makeup of a hybrid line means that subsequent generations grown from its seeds aren’t as productive as the parent plant. As a result, farmers cannot save their own seeds but instead must purchase fresh hybrid seeds each season. For seed companies, the most important outcome of the F1 hybrid method was not more productive varieties but a guaranteed revenue stream through the commodification of the seed.

Geneticists and corn breeders were inclined to see the swift uptake of hybrid corn as a good thing. But some found the speed at which Midwestern cornfields “upgraded” from eclectic assemblages of locally adapted varieties to homogeneous stands of hybrid varieties disconcerting. The botanist and geneticist Edgar Anderson warned his colleagues in 1944 that “the whole genetic pattern of Zea mays [corn]” had been “catastrophically overhauled.” 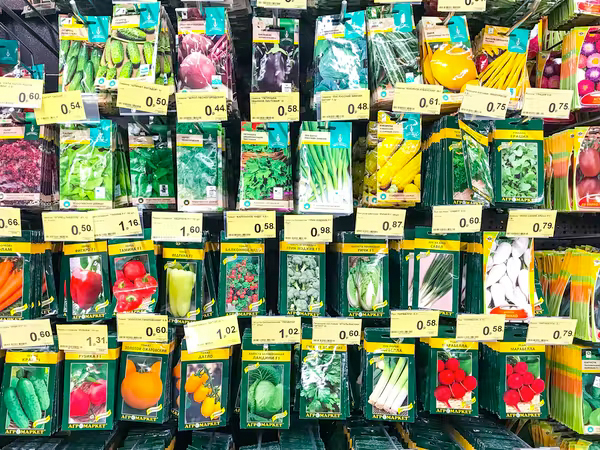 Anderson thought that there was still a lot to learn from the older varieties–including information that might make new hybrid corn still more productive. But without farmers to plant these and save their seed from season to season, they weren’t likely to be available long to study. He called on his colleagues to think of some way to organize their conservation. Perhaps some farmers could be paid to grow them, he thought.

Neither Anderson nor any other scientists mobilized to systematically preserve farmers’ varieties in the U.S. Midwest. But when they learned of new state agricultural programs in Mexico, Brazil, and other Latin American countries setting up shop in the 1940s and heard of hybrid seed companies making inroads with their commercial varieties, alarm bells went off. What if new corn varieties swept across these countries just as they had across the U.S.?

This prospect was worrying because of the tremendous diversity of maize varieties grown across Latin America. Farmers harvested wide-kerneled white flour corn, slender red popcorn, deep purple flint corn, and more. They grew towering 20-foot giants and scrubby desert bushes. Some types were dried and ground for flour and others eaten fresh as a vegetable. The manifestations of maize were as diverse and distinctive as the peoples who grew them.

An anticipated transition away from these diverse landraces explains the rapid mobilization and almost bewildering ambition of the Maize Committee in the 1950s. The committee members assumed they had about a decade in which to gather farmers’ locally adapted varieties before hybrid corn and other professionally bred products overtook them.

Lee en español"How do you want to have Los Zetas, as friends or as enemies?"That was the question that a man, who identified himself as Commander Ramón Rocas...

Jeremy Gay said his past as an attorney in the Marine Corps, local business owner and active member of the community in Gallup where he resides made him...

A Sept. 28, 2007 photo shows Sandra Avila Beltran, dubbed the Queen of the Pacific, after she was arrested outside a restaurant in Mexico City.  (Mexican Attorney General's...

The Biden administration’s push to accelerate offshore wind deployment formally expanded into the Gulf of Mexico as the Bureau of Ocean Energy Management (BOEM) on July 20 unveiled...