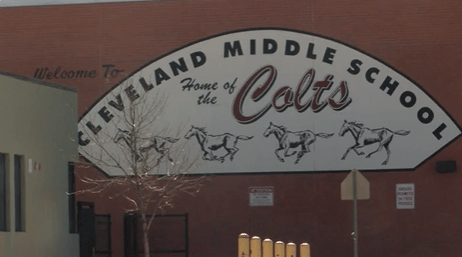 ALBUQUERQUE, N.M. (KRQE) – Albuquerque Public Schools has settled a lawsuit with a family over hair. The federal civil rights complaint filed last July claimed the student faced racial discrimination at her public middle school when she was disciplined for having “subtle streaks of purple running through her braided hair.”

The suit also accused APS of a history of bias against Black students when it comes to disciplinary measures. In 2019, a 13-year-old Black student was disciplined at school for having streaks of purple in her hair. Staff at Cleveland Middle School say it was distracting and a violation of the dress code. She was placed into in-school suspension.

“It’s a big part of our identity as people of color to wear our braids to wear our locs. It’s just a part of who we are so when you’re stripping that of us it’s just again unnecessary, dehumanizing,” said Erica Davis-Crump with the New Mexico Black Central Organizing Committee.

Elizabeth Roland, the mother of the Cleveland Middle School student, took APS to court for race-based discrimination and negligent supervision. According to court documents, other non-Black students had streaks of color in their hair but were not disciplined. The state of New Mexico and the City of Albuquerque signed into law prohibiting discrimination based on race-based hairstyles.

The Crown Act ensures statutory protection for hair texture and styles such as headdresses, braids, locs, twists, and knots in the workplace and public schools. Making this in-school suspension illegal. “I can’t speak for APS but I can speak for the city of Albuquerque and the community in saying that the fact that these issues continue to happen reminds us that education is necessary regarding the history and the backdrop of these actions,” said Torri Jacobus, managing assistant city attorney.

A spokesperson for APS says they cannot comment on if any employee disciplinary actions have been taken. The case settled this month but is waiting for a federal judge to officially sign off on it.

APS and the family’s attorney say they cannot say the amount of the agreed-upon settlement until the case is officially closed. The family has a lawsuit in state court against APS because they say the school district failed to hand over documents that fall under the Inspection of Public Records. That case is expected to go to trial in April.

North Korea’s Withdrawal from the NPT: Neorealism and Selectorate Theory

Broken line blamed for millions of gallons of raw sewage that flowed into U.S. from Mexico