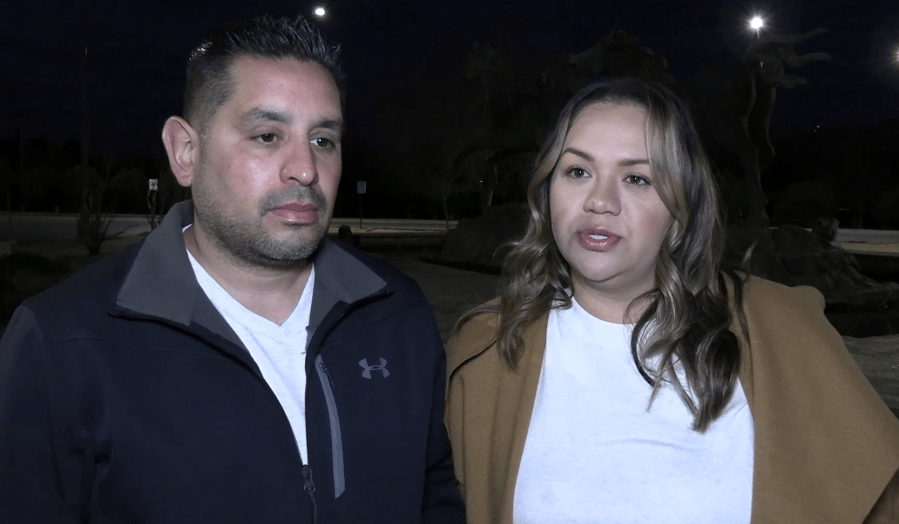 Miriam Herrera: “If you know you’re right, don’t give up”

EL PASO, Texas (Border Report) – Miriam Herrera woke up early Monday and struggled to get her bearings. Was she back in her own bedroom with her children next door in their Twin Falls, Idaho home? Or was this a dream and would she be waking up in the guest room of a Juarez, Mexico, family that gave her shelter after the U.S. government on Jan. 7 banned her from re-entering the country for the next 10 years?

“It took me a while to realize it wasn’t a dream, that I am finally back home. It has been a harrowing experience that has made me appreciate my family, my children more than ever,” Herrera said via telephone.

Miriam on Sunday was allowed to re-enter the United States and, along with her husband Baldemar Herrera, flew back to Twin Falls.

The wife of a U.S. citizen early this month arrived in El Paso to attend an appointment for an I-130 spousal visa at the American consulate in Juarez. With no criminal record and her lawyers’ assurances that the proper “pardons” had been obtained for unlawful presence in the U.S. when she was a 5- and 7-year-old, she thought she would clear the last hurdle to get her “green card.”

But the immigration case officer at the consulate disputed her length of stay, which her father – now deceased – had told her was but a few months. Instead of a green light for a legal permanent residence card, she got a 10-year ban from the United States.

The woman was emotionally devastated even as her husband worked the phones to her lawyers, the immigration service and the office of Sen. Mike Crapo, R-Idaho. The couple talked to their children every night and soon ran out of excuses for not returning home in a few days, as planned.

“The senator’s office started an investigation. They contacted (U.S. Citizenship and Immigration Services) saying the ban did not apply in my case,” she said.

Shortly after the U.S. consulate contacted her for additional information and requested her passport. “I was checking the status of my case online every day until I saw it was changed from ‘denied’ to ‘approved’ on January 21. A week later they told me my passport and packet were ready for pickup. I got it on Saturday morning, and we immediately bought plane tickets to Idaho,” she said.

Visas for relatives of U.S. citizens, particularly spouses, have a high approval rate, according to El Paso immigration law experts. However, tens of thousands get denied every year.

USCIS says the main reasons for denial include insufficient or erroneous information, lack of eligibility, fraud and – the agency admits – processing mistakes.

The agency does not discuss individual cases and Crapo’s office previously declined to comment on Miriam Herrera’s situation. But the woman and her husband believe the visa was erroneously denied and the 10-year ban unwarranted.

On Monday, as she settled back into her routine as a housewife and mother, Herrera had some advice for immigrants who strive to stay or enter the United States lawfully.

“Hopefully my case can serve as an example to others going through the same situation. If you know you are right, if you know you’ve done everything by the book to get the visa, don’t give up,” she said. “If you get bad news, don’t just cross your arms, fight for your rights.”