Alive and powerful in the new geopolitics 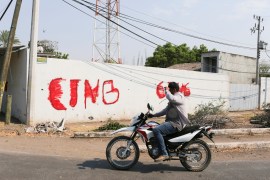 Two decades after the September 11 attacks, the United States and the West have lost the appetite for counterinsurgency, stabilization, and state-building efforts. Beyond the Taliban’s victory in Afghanistan, many such projects have been mired in misgovernance by problematic local partners whose corruption and parochialism have undermined efforts to build capable local forces and deliver effective, locally-accepted, and accountable governance. Police reform efforts continue to struggle throughout Latin America, with criminal violence often having debilitating effects similar to those of political militancy. Synthetic drugs are reshaping organized crime and making supply-control challenges even greater.

With a rejection of the West’s prescription of democracy, human rights, and accountability, Russia and China are stepping into stabilization efforts in different ways, even as geopolitical realities pull the West’s attention away. But the Russian and Chinese interventions are also unlikely to succeed, and nonstate armed actors governing large territories and populations remain a key feature of the international landscape.

What Taliban victory means for other nonstate armed actors

2021’s fundamental development in the nonstate actor space was the Taliban’s dramatic defeat of the Afghan government. Long gaining battlefield momentum as Afghan security forces remained ridden with problems and Afghan politicians remained caught up in parochial struggles, the Taliban took Kabul and the rest of the country amidst the departure of U.S. and international forces.

Around the world, jihadis touted the Taliban’s defeat of the U.S. superpower and its Afghanistan project. Tehrik-e-Taliban Pakistan (TTP), an anti-Pakistan group operating in both Pakistan and Afghanistan with close connections to the Haqqani network (one of the Taliban’s power poles) extolled the Taliban’s success. So did Somalia’s al-Shabab, whose websites closely followed and hailed the Taliban’s battlefield progress and victory for weeks. Palestinian Hamas and Islamic Jihad sent congratulatory notes. Even Yemen’s Houthis declared that the Taliban, with its history of brutality toward Shia, showed that foreign “occupations” are bound to fail.

But the effects of the morale boost on actual battlefield performance of these and other jihadi groups should not be overestimated. The TTP may be enjoying a more comfortable safe haven in Afghanistan under the Taliban, but it was there for years before the Taliban takeover of Kabul, and re-escalated its attacks against targets in Pakistan a year and a half earlier. The Houthis in Yemen have essentially won. But they ground down the combined forces of Saudi Arabia and United Arab Emirates, supported by the United States, already by early 2020. And Iran’s support for them has been far more fundamental to their success than Taliban victory.

In Somalia, al-Shabab has been gaining battlefield momentum since at least 2018,  retaking territory and developing vast economic and political influence even in areas which it doesn’t formally control. The Somali National Army and forces of the African Union Mission in Somalia (AMISOM) have been hunkered down on their bases for years, while Somali politicians have been consumed by endless parochial political crises. When AMISOM leaves, al-Shabab is well positioned to take over Mogadishu and much of the country.

In Iraq and Syria, the Islamic State group’s low-burn, but steady insurgency has also been quietly picking up pace since 2020, dramatically so in early January 2022. Its strength, still a small fraction of its past power and nowhere near that of al-Shabab or the Houthis, is also driven by local dynamics.

In Nigeria, the Islamic State in West Africa Province (ISWAP), a splinter group from Boko Haram, has been pounding the Nigerian military since 2018, conquering territories, expanding influence, and pushing into new regions, most importantly the country’s North West. But again, its power and effectiveness are anchored in local dynamics, not the external jihadi milieu.

The key to insurgents’ persistence and recovering of strength in all of these countries — and others, such as Mali — is the same: the dysfunctional governance by local authorities. Counterinsurgent forces manage to clear territories, but they struggle to hold them. External assistance to help build effective local forces has over and over run into challenges of corruption, parochialism, and poor leadership. Reliance on militias to combat the insurgents sets off a myriad of deleterious dynamics.

The building phase, i.e., bringing the state in to govern effectively and accountably, hasn’t succeeded in any of these places, including Colombia where despite the 2016 peace deal with the leftist guerrillas the Revolutionary Armed Forces of Colombia (FARC), the absence of the state and complex violent conflicts still characterize former FARC areas.

The propped-up governments and broader politics tend be exclusionary, self-interested, and corrupt, but also adept at ignoring and subverting external pressure for better governance. Sometimes, they lack motivation to actually defeat the insurgents. They are pleased when external support suppresses the rebels, but persisting in their parochial ways is far more comfortable than sharing power, subjecting themselves to accountability, and devoting resources to the marginalized.

While the West is running out of state-building stamina — with France poised to shed its Mali counterinsurgency efforts this year — the new geopolitics is playing out in stabilization efforts.

An increasingly confrontational China and its aggressive actions in defense of its expansive maritime and land territorial claims in the Indo-Pacific have drawn U.S. attention and prompted three U.S. administrations to want to get out of the counterinsurgency wars. Russia’s crisis-making over Ukraine consumes the attention of top U.S., NATO, and European policymakers and reduces their focus on the crises in Afghanistan, Somalia, and Ethiopia and slow-burning morasses in Mexico and Venezuela, as well as existential matters such as preventing zoonotic diseases, preserving global biodiversity, and stabilizing the planet’s climate.

At the same time, Russia intensely meddles in some of the very places from which it diverts U.S. attention. Across Africa, the Middle East, Asia, and even Latin America, Russia has built up a variety of tools and proxy actors — from disinformation campaign trolls to Moscow-linked “private” security companies — to prop up problematic regimes in exchange for strategic access and resources. Often Russia’s objective is simply to frustrate U.S. goals, regardless of their substantive content. And in a replay of Chechnya, Russia’s “stabilization” model fundamentally differs from the West’s: support the regime without regard for civilian casualties, human rights, accountability, and political pluralism.

With the exception of Myanmar, where China has long supported many ethnic armed organizations even while maintaining robust relations with various governments, and in Afghanistan where China made its peace with the Taliban well before the insurgents’ takeover, China too supports national governments without seeking to induce more accountable and inclusive governance. In Ethiopia, China fully embraced Abiy Ahmed’s government, going against the thrust from the West and the African Union of trying to induce compromises from both the Tigray rebels and the government.

But Russia’s and China’s approach will run into problems too — as the failure of the Moscow-linked Wagner Group to defeat Mozambique’s al-Shabab jihadis indicates.

Anti-crime efforts — via repression, negotiations, or socioeconomic policies — didn’t fare much better in 2021. In various ways, COVID-19 has empowered criminal groups. Lockdowns have allowed them to firm up control of local territories and populations and increase their political capital through socioeconomic handouts and the provision of jobs in illicit economies while legal employment shrank.

In Latin America, even the rare success cases of effective, if varied, anti-crime and police reform policies — namely, Ecuador, Chile, and Peru — have experienced surges of violence and organized crime. The causes are many, but have been especially affected by the expansion of the war between Mexico’s two leading drug cartels — the Sinaloa Cartel and Cartel Jalisco Nueva Generación — across Latin America and beyond. In Mexico itself, amidst disastrous policies of the Andrés Manuel López Obrador administration, organized crime is more powerful and expanding into politics and legal economies, while no less violent.

With the exception of Brazil, Latin American countries south of Mexico are not yet experiencing the synthetic drug revolution sweeping global drug markets elsewhere. In North America, fentanyl and synthetic opioids now rule; in East Asia, it is methamphetamines. Criminals’ capacity to cook the drugs from precursors and pre-precursors with many legal uses also mean that many supply-control measures, long struggling, will be far more challenged. But criminal groups will often not need either large territories or violence to succeed.

In 2022, nonstate armed actors will thus remain a powerful feature of international relations and formal or informal governing entities even as, like the Taliban, they will face massive governance and humanitarian challenges and may struggle to hold onto power. Nor will they persist merely in faraway places: Right-wing armed actors in the West have been less violent in 2021 than 2020, but are intermeshed into local politics and even law enforcement forces while dangerous political polarization remains high.

Instead of defeating all the nonstate armed actors, the United States and its partners and rivals will have to learn to live with at least some of them. They should do so with smart policies to mitigate these actors’ negative impacts, rather than giving in to their malign influence.

Coronavirus: What’s happening in Canada and around the world on Tuesday