Prices jumped across the board in the North American natural gas market during the first nine months of 2021, according to the latest trade scorecard compiled by the United States Department of Energy (DOE). 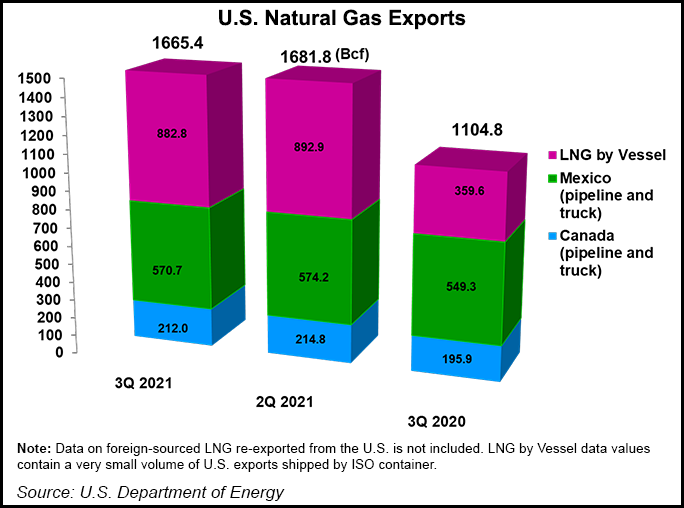 Most natural gas contracts in Mexico are written based on U.S. prices with cost added for transportation into Mexico. However, momentum is growing for an independent Mexico-driven natural gas price index, according to market participants.

[In the Know: Better information empowers better decisions. Subscribe to NGI’s All News Access and gain the ability to read every article NGI publishes daily.]

North American gas trade volumes increased across the board too.

CFE has recently been engaging private sector firms such as Sempra and TC Energy Corp. to expand pipeline and LNG infrastructure further.

TC expects Mexico’s pipeline gas imports from the United States to reach 9 Bcf/d by 2030, up from around 6 Bcf/d currently.

The DOE report comes as a wetter than average start to the Brazilian rainy season has dampened the country’s LNG demand of late.

Andrew Baker contributed to this story.