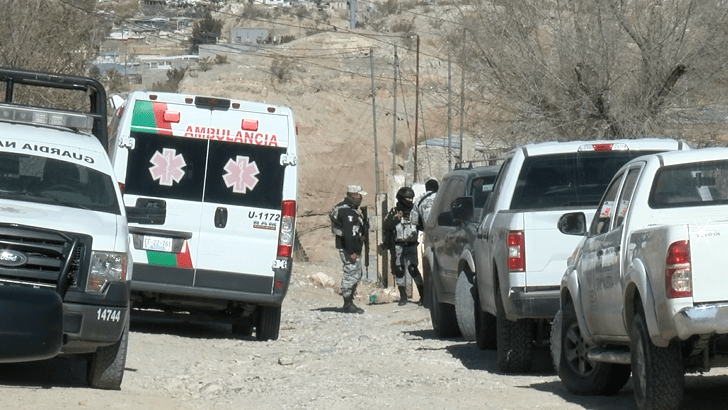 Incident in Mexican neighborhood near the U.S. border is latest involving crimes against migrants headed north

EL PASO, Texas (Border Report) – Juarez police have arrested a couple who allegedly kept five Honduran migrants tied up inside a house while demanding their relatives send money for their release.

Officers on Wednesday were called to a home near the corner of Caraveo and Peral in the Fronteriza neighborhood by a migrant who alerted them to the abduction of five of his peers. Police entered the house and found five adults laying over blankets on the floor, tied hand and foot.

The city police reported that the officers freed the migrants and searched the premises; they didn’t find anyone else inside but arrested a man and a woman who were in the general area and allegedly were identified by the migrants as those who kept them inside and gave them food once a day. Police only identified the suspects as Manuel C.C. and Maria Luisa C.H.

The migrants were processed by authorities and taken to a shelter.

The incident is the latest in a long string of crimes against migrants arriving to Juarez with the intent of crossing the U.S. border since late 2018. Last summer and fall, Juarez municipal and Chihuahua state police along with agents from Mexico’s National Migration Institute seized more than 1,000 migrants from stash houses in the city.