Arrests made in murder of Tijuana journalist 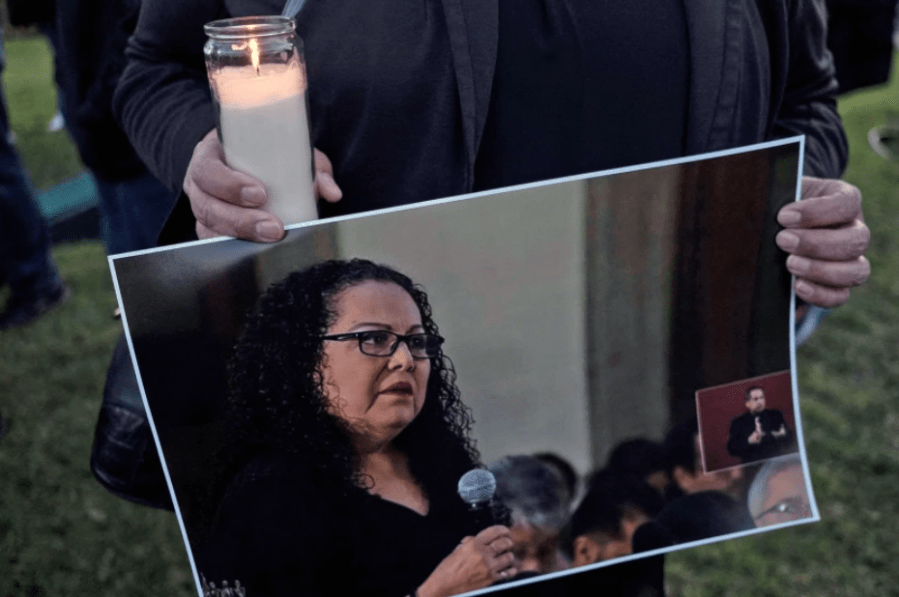 TIJUANA (Border Report) — The State Attorney General for the state of Baja California, Ricardo Iván Carpio Sánchez, says the murder of Lourdes Maldonado was not the result of her journalistic enterprise.

He also stated a clear motive for her killing has not been established.

Maldonado was murdered on Jan. 23.

Carpio Sánchez made the announcement as he released information about the arrest of three men in the case.

They were reportedly arrested after evidence was gathered, in particular, surveillance video taken by neighbors that showed a taxi was used as the getaway car by the murder suspects.

The trio is accused of sitting in the cab for three hours waiting for Maldonado to get home.

As she parked her vehicle, one of the suspects reportedly walked up to her car shooting her once in the face with a .45 caliber handgun.

As is customary, only the first names of suspects were made public: Kevin “N,” Erick “N” and Guillermo “N.”

One has a criminal record, while the other two have been subjects of investigations but have never faced charges according to Carpio Sánchez.

All three suspects are expected to be formally charged with Maldonado’s murder by late Wednesday.