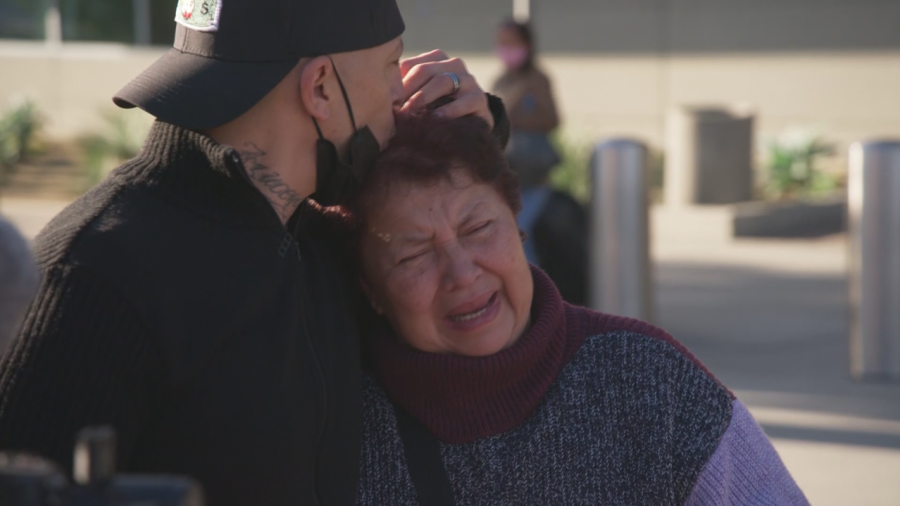 SAN DIEGO, Calif. (NewsNation Now) — In the early hours of Valentine’s Day, Mauricio Hernandez-Mata crossed into the United States from Mexico at the San Ysidro Port of Entry in California, marking the Army veteran’s first return into the country since he was deported more than 10 years ago.

“I think I’m gonna wake up right now and I’m still gonna be in Mexico deported,” he said. “It’s unreal.”

Hernandez-Mata served in more than 100 combat missions for the U.S. Army and when he left the service, he expected to be granted U.S. citizenship. Instead, he was deported after being convicted of drug and firearm possession.

“Exiled is, in my opinion, a kind word for the feeling,” he told NewsNation at the nation’s busiest border crossing where tens of thousands of people enter the country each day.

“They’re extremely harsh,” Kwon said. “Things that are misdemeanors can be deemed in immigration law as an aggravated felony.”

It’s not uncommon for veterans like Hernandez-Mata, who suffer from post-traumatic stress disorder, to take actions that result in deportation, despite their military status, Kwon said.

MAPPED: Follow the NewsNation team along the US-Mexico border

A U.S. Government Accountability Office report found that between the years of 2013 and 2018, U.S. Immigration and Customs Enforcement deported 92 of the 250 veterans to whom they issued a notice to appear (a document that begins deportation proceedings). Veteran Affairs benefits aren’t fully accessible to veterans who live outside of the U.S.

According to the government report, the most common countries of origin for deported veterans are:

Hernandez-Mata is the first to admit he’s made mistakes. But Monday, he said he was thankful to hug his mother in the country he served.

“If I had a second chance I would gladly do it all again – fight for my country in any conflict,” Hernandez-Mata said. “I have always considered myself and I am an American.”