Ties with Europe are America’s geo-economic base – EURACTIV.com 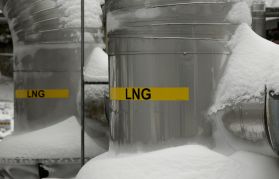 US President Joe Biden travelled to Europe this week amid signs that the transatlantic economy is proving remarkably resilient to disruptions generated by Putin’s war on Ukraine, the pandemic, congested supply chains, and energy price spikes, writes Dan Hamilton.

Daniel S. Hamilton is a Senior non-resident Fellow at the Brookings Institution and a senior fellow at Johns Hopkins University’s School of Advanced International Studies. Together with Joseph Quinlan he is the author of The Transatlantic Economy 2022, from which these data are drawn.

The United States may not fully replace other suppliers for energy-starved Europe, but transatlantic energy connections are growing in importance, as the United States becomes the world’s largest LNG supplier, and as US and European companies lead the transition to competitive clean technologies. US companies in Europe have become a driving force for Europe’s green revolution, accounting for more than half of the long-term renewable energy purchase agreements in Europe since 2007. European companies, in turn, are the largest foreign investors in the US energy economy.

US-European energy links are just one strand of a remarkably robust and vibrant transatlantic economy. Latest data reveal that in 2021 US-EU trade in goods and services is estimated to have hit an all-time high of $1.3 trillion – 42% more than the EU’s trade with China. US foreign direct investment (FDI) flows to Europe surged to an all-time high of $253 billion, and US companies based in Europe are estimated to have earned a record-breaking $300 billion. European firms in the United States earned a record $162 billion, and European FDI flows into the United States surged to the highest levels since 2017, hitting an estimated $235 billion.

Putin’s war is uncovering the impressive strength and resiliency of the transatlantic economy. North America and Europe are not only bound together through the NATO defence alliance; the two sides of the North Atlantic remain each other’s most important commercial partners and geo-economic base. They can build on this foundation to isolate and punish Putin, address competitive challenges from China, and capitalize on their deeply interconnected innovation links to make sure they remain global standard-setters.

The deeply intertwined, $6.3 trillion transatlantic economy will be far better able to withstand the pain of sanctions than the Russian economy. Both the United States and Europe are poised for solid economic growth in 2022, with the disruptive effects of the pandemic likely to fade, the impact of Russia’s isolation largely manageable, and as the spillover effects of easy monetary and fiscal policies help to grease economic activity.

The transatlantic economy is also generating the wherewithal enabling North America and Europe to address challenges emanating from China. US companies in 2021 earned an estimated $300 billion from their operations in Europe – 23 times what they earned from operations in China. America’s asset base in Germany is more than a third larger than its asset base in all of South America and more than double its assets in China.

Both sides of the Atlantic are also better positioned today because of important steps they took to reinvigorate their partnership in 2021 after a tumultuous four years. They agreed to provide vaccines to two-thirds of the world’s population. They agreed to rewrite global tax rules. They agreed to again join forces to tackle climate change, including through the Global Methane Pledge. They agreed to suspend for five years mutual tariffs related to the ongoing Boeing-Airbus dispute, as they seek an ultimate resolution to the matter. They also agreed to lift US tariffs on European steel and aluminium and countervailing European tariffs on US goods. And they created a US-EU Trade and Technology Council (TTC) to grow the bilateral trade, investment, and technology relationship; avoid new unnecessary technical barriers to trade; facilitate regulatory cooperation; and cooperate on international standards development.

This newfound sense of transatlantic unity is an opportunity for the United States and the EU to address lingering irritants in their own relationship. US concerns centre on the collapse of the US-EU Privacy Shield governing transfers of personal data, the protectionist impulses behind the Digital Markets Act, industrial strategies intended to promote “European champion” companies, and the EU proposal for a carbon border adjustment mechanism, which could disadvantage non-EU companies.

The EU worries about the Biden Administration’s efforts to strengthen “Buy America” rules, its proposals for electric vehicle tax credits, and its decision to postpone but not resolve transatlantic disputes on US steel and aluminium tariffs. Unless coordinated, each party’s efforts to subsidize its semiconductor sector and other digital industries could lead to subsidy wars that would only benefit China.

The good news is that these policy differences, while quite real, are now playing out in a context of transatlantic unity rather than division. Despite Vladimir Putin’s disruptive war, the macroeconomic and policy backdrops for the transatlantic economy are generally quite positive for 2022. Real growth is decelerating but at above-average historical levels. The drivers of growth are shifting from the public sector to the private sector, while employment levels remain strong. Pre-pandemic output levels will be achieved in many economies. Bilateral trade and investment flows are solid. There are bumps on the road to recovery, yet transatlantic partnership rebounded in 2021, is proving itself to be resilient in the face of new challenges, and all indications are that it will forge ahead again in 2022.