SHARKS are getting bigger and fatter than ever before as years of work to protect endangered species have helped the beasts bulk up, experts have warned.

With their habitats and food sources protected, the mighty sea creatures can feed and breed more easily, turning the oceans into a “paradise” for the beasts.

And it’s thought some shark species are now joining forces to hunt in packs – rather than being in competition with each other.

One of the species which has seen the biggest boom in size is tiger sharks.

The biggest tiger sharks are typically 12ft-long – but marine biologist Kori Burkhardt discovered a whopper in the waters of French Polynesia measuring a huge 16ft.

The beast was spotted in an area where sharks have had protection since 2006. 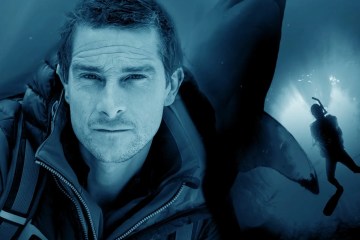 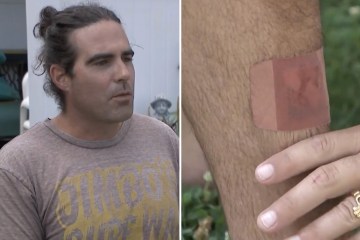 Kori told The Mirror: “When we first met Kamakai it was really unexpected. I’ve been diving with tiger sharks in multiple countries and she’s by far the biggest I’ve ever seen.

“It’s not just her length but her width as well.

“She can be five metres long but she’s three metres wide, including her fins. That’s insane.”

And it’s thought Kamakai is not the only mega beast prowling the oceans.

Experts said the waters have become a “safe haven, where a shark like Kamakai can birth a new generation of mega tiger sharks”.

Tiger sharks have killed just 34 humans since records began – but the Great Whites are also getting bigger.

During filming for the documentary – which airs on Friday – scientists came across two of the largest white sharks ever recorded in Hawaii.

Classed as a vulnerable species, the Great Whites are now growing up to 20ft thanks to more protection for their habitats and food sources.

Hawaii also became the first US state to ban shark fishing this year after bringing in a series of other protections, creating a safe space for sharks to feed and breed.

“That means those sharks must have been close enough in the vicinity to detect the odour of that whale, and then also it might mean that these sharks are travelling together.

“It’s something we’ve never really been able to study or understand.”

In the US alone, at least 24 shark attacks have already been reported this year – and the number looks set to grow.

Shocking data revealed that more than 80 per cent of the attacks occurred on the East Coast.

Five attacks were reported on Long Island over a two-week period.

A surfer and a tourist were bitten within hours on July 13, two lifeguards were bitten during training exercises, and a swimmer reportedly suffered a laceration while in the water.

Experts have pointed out several factors which can explain why shark attacks are taking place along the East Coast.

The oceans are cleaner now after legislation was introduced by Congress in the 1970s to limit dumping that could adversely harm marine life.

Populations of the sandbar and dusky sharks are rising in the northeastern US – and millions are returning to the beaches after years away amid the Covid pandemic.

Sharks also migrate to warmer waters in the summer, increasing the prospect of an attack when the predators interact with curious swimmers.

Although shark attack fatalities are rare, at least six people have been savaged to death this year by beasts prowling the waters worldwide.

Seas around the globe have turned red with 39 attacks reported since the start of January as the creatures rip off limbs and sink their jaws into unsuspecting swimmers.

Some 26 men and 13 women – including an eight-year-old girl – have been subject to the wrath of a shark this year.

Six of the 39 recorded attacks have been fatal – with two deaths reported in Egypt, and one in New South Wales, Mexico, Colombia and South Africa.

Of the 33 non-fatal attacks around the world this year, three have been provoked.