YOUNG Italian mafia gangsters have swapped their code of silence for a show of their decadent lifestyles on TikTok.

The sons of mafia bosses are using the social media app to upload videos of them inside their latest supercar, wearing designer clothes, partying and drinking expensive champagne.

But they are also using the app to proclaim vendettas, boast about violence and make alliances with other clans.

One such gangster is Crescenzo Marino, the son of a Camorra boss, who has more than 43,000 followers and nearly 900,000 likes on the short-form video service.

His videos show Marino driving Ferraris in Paris, posing with a number of expensive bikes, and enjoying holidays at trendy resorts whilst wearing Gucci outfits.

“For the first time these gangsters have found a direct way to speak up about their lives,” Marcello Ravveduto, professor of modern history at the University of Salerno and an expert on mafia communication, told The Times. 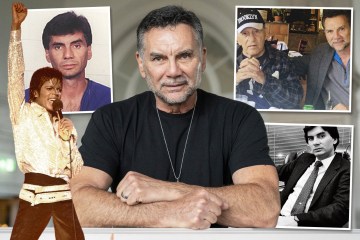 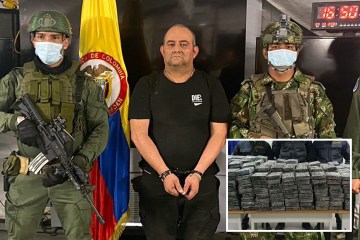 “The Camorra has the youngest members of Italy’s mafias and they love TikTok because it’s so quick and has less rules than other platforms.”

Operating from Naples, the Camorra the oldest and largest mafia syndicate in Italy.

“Now that it has discovered TikTok the Camorra wants to show that it is up there with the glamorous elite,” Ravveduto said, highlighting just how far the clan has come since the days of passing cryptic notes.

Criminals worldwide have been avid TikTok users for a while: slightly ahead of their Italian criminal peers, the Mexican Narcos and gypsy criminals in the Italian capital have been settling old scores online for a while now.

Following the killing of a mafioso linked to the Carillo-Perfetto clan allegedly by the Calone-Marsicano clan, a message appeared on TikTok revealing the names of suspected killers.

The post also warned the police: “We are giving you a week to arrest them or we will raise hell against them.”

The online taunting, which resulted in a kneecapping by one clan who were furious at another clan’s goading, has also pushed the Naples newspaper Il Mattino to appeal to the police to remove all accounts linked to the gansgters.

In Ravveduto’s mind, criminals’ love for TikTok should be utilised by the authorities.

“What is needed now is better teamwork between the police and TikTok to keep a better eye on these people,” he said.

Mob bosses are also facing the possibility of landing in jail, as police dedicates more time to comb through these accounts.

This is what happened to Domenico Palazzato, who was arrested in 2014 after posting photos of himself eating lobster and chilling on motorboats. He was 28.

What is clear from police wiretaps, however, is that older mafiosi are unnerved at these displays of wealth and violence.

In one such recording, Antonio Abbinante, a boss in the Scampia neighbourhood of Naples, blamed increased police pressure on the organisation on a young mobster who had been boasting about his ability to kill rivals on TikTok.

“I get really furious about this,” Abbinate is heard saying in the wiretap.

“I am going to split open the head of whoever did this.”