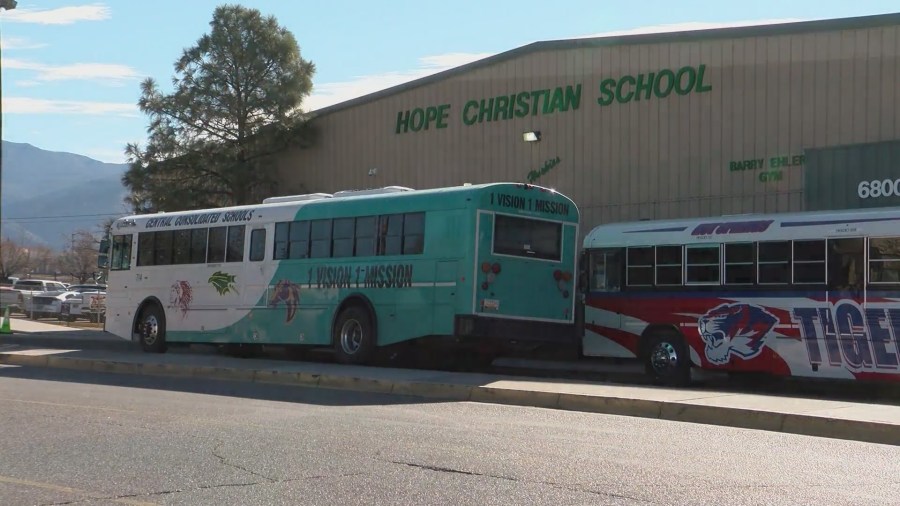 ALBUQUERQUE, N.M. (KRQE) – The New Mexico Public Education Department has announced that the state’s largest private school has agreed to pay a $5,000 civil penalty for violating the state’s Public Health Order and not requiring those on campus to wear masks to prevent the spread of COVID-19.

NMPED reports that Albuquerque’s Hope Christian School stated in a letter on Jan. 12 that it was dropping a request for an evidentiary hearing and is paying the proposed fine. The letter was signed by the school’s lawyer, Matthew Spangler, and sent to an Albuquerque lawyer who was assigned to the case as an administrative hearing officer.

“Although the school does not agree that the Notice of Contemplated Action…is warranted, the School has made an economic decision to cease its dispute and conclude this matter,” the letter said according to NMPED. The department explains that the school promised to pay the penalty within 10 days.

A news release from the NMPED states that the department has required face coverings for everyone regardless of vaccination status since July 26. New Mexico’s Public Health Order requires private schools to follow the safe COVID-Safe Practices that are required by the department for public schools.

A notice of violation was reportedly hand-delivered by officers from the Department of Public Safety to the school on Sept. 21. According to the news release, the PED provided the Department of Health with an Aug. 6 email from Hope Christian Elementary Principal Robyn Taylor stating the school would not require masks.

The PED states it also provided five photos that were taken on Aug. 12 showing unmasked individuals of all ages who were in hallways an open space.

District 32 Senator Cliff Pirtle issued a statement regarding the announcement of the fine:

While New Mexico students continue to suffer under this Administration’s failed leadership, the Public Education Department has the audacity to waste time bragging about fining a local school $5,000. This Governor and her team of political hacks genuinely have no shame. Instead of writing press releases, they should think about how their policies continue to harm our children. Perhaps New Mexico would not be one of the worst states in education if they spent their time focusing on improving outcomes instead of taking money from students. Shame on the Governor and shame on the Public Education Department.

The PED reports that it continues to maintain an anonymous COVID Safety portal where residents can submit concerns and provide evidence that COVID-Safe Practices are not being followed in schools.

How to Write a Professional Out-of-Office Email Reply

How to Write a Professional Out-of-Office Email Reply