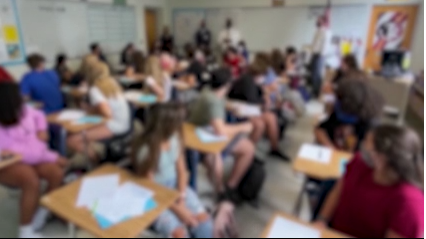 SANTA FE, N.M. (KRQE) – The president of the state teachers union says the educator shortage in New Mexico is at a crisis level. “There’s a history of low pay. Right now, New Mexico educators make less than the surrounding states,” says Whitney Holland, president of the American Federation of Teachers New Mexico. “I think there’s a workload problem, I think there’s a disrespect problem. You name it, it was the perfect storm – then you add COVID to the mix.”

Holland says while she was skeptical at first, it will help keep schools open. “We are in such a dire crisis right now, if having a pool of substitutes means that our educators can take time off and take time for themselves, then I’m for this idea,” says Holland.

The governor is also pushing for a 7% raise for all education personnel during this year’s legislative session.