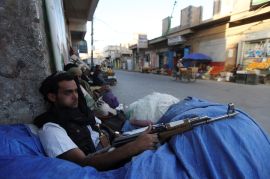 Even as new geopolitical realities have drawn the West’s focus away from state-building and stabilization efforts abroad, nonstate armed actors remain increasingly powerful actors with the international system. In 2021, criminal and militant groups experienced major successes, expanding in their territorial control and political and economic influence in places such as Yemen, Mexico, Nigeria, and Somalia, while continuing to pose major challenges in places such as Syria, Mali, Central America, Colombia, and Italy. The most dramatic success for nonstate armed actors was in Afghanistan where the Taliban crushed the Afghan government and swept to power in August. Meanwhile, right-wing armed groups in the United States and Europe have been less violent, but their networks are far from dismantled and intense domestic political polarization provides a breeding ground for them. Despite the impact of COVID-19, poaching, wildlife trafficking, and illegal logging remain robust, while counternarcotics efforts are experiencing major challenges as synthetic drugs sweep drug markets in various parts of the world. And Russia and China are increasingly delivering their own, often problematic, stabilization assistance and diplomacy in countries such as Mozambique, the Central African Republic, and Ethiopia.

This yearly series, part of Brookings’s Initiative on Nonstate Armed Actors, provides a comprehensive “briefing book” on some of the key issues, trends, and priority areas, and policy toolbox the Biden administration and others should consider in devising responses to conflicts, nonstate armed actors, and illicit economies around the world — and in the United States.