Tensions and threats of war can be overcome with ‘serious dialogue’, the head of the Catholic Church says.

Pope Francis has said that war in Ukraine would be “madness” and voiced hope that tensions between that country and Russia can be overcome through multi-lateral dialogue.

Speaking at his Wednesday general audience, Francis thanked those who took part in his January 26 international day of prayer for peace in Ukraine.

“Let us continue to beg the God of peace so that the tensions and threats of war can be overcome through a serious dialogue and that the Normandy Format talks can contribute to this aim,” he said, referring to negotiations involving Russia and Ukraine, facilitated by Germany and France.

“And let’s not forget. War is madness,” he said.

Russia is estimated to have massed more than 100,000 troops near its border with Ukraine but has denied Western accusations that it may be planning an attack on its neighbour.

Most Ukrainians follow Orthodox Christianity, but the country is also home to its own branch of the Catholic Church, which practices an eastern rite similar to Orthodox worship while proclaiming loyalty to the Pope in Rome.

On Tuesday, the leader of Ukraine’s Eastern-rite Catholics said he had invited Francis to visit, calling it a huge gesture that would help bring peace.

Speaking to reporters in a video conference from Kyiv, Major Archbishop Sviatoslav Shevchuk said there was no need to wait for conditions to be ideal and the visit could take place even in the current circumstances.

“We have several times expressed the desire that the holy father visit Ukraine. We have invited him and repeated it often,” Shevchuk said.

“We are hopeful. Gestures are very important and visiting Ukraine would be a very strong gesture for all of humanity.” 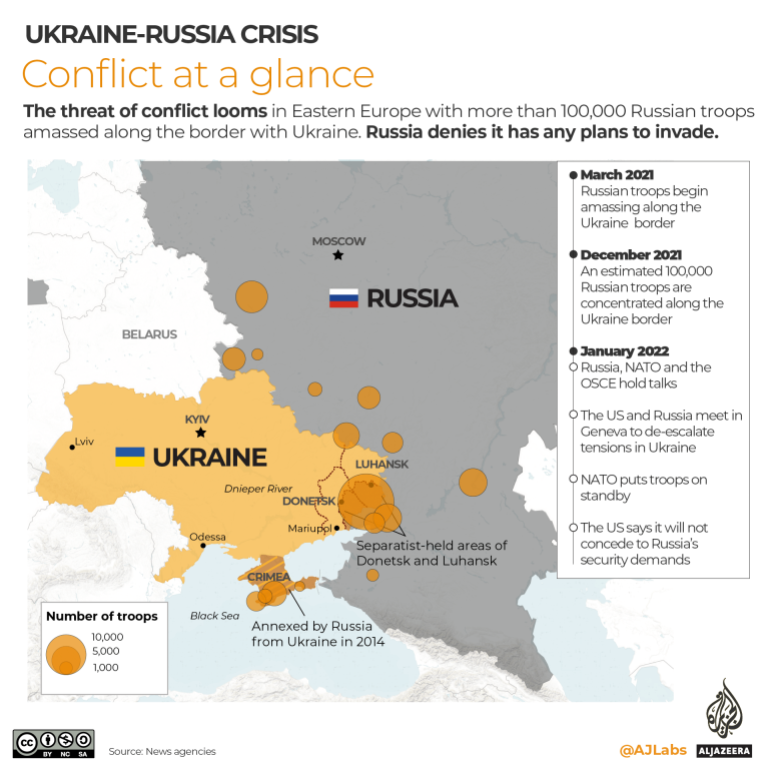 ‘A messenger of peace’

To visit Ukraine, the pope would have to be invited by the government and religious authorities.

“There is a consensus in Ukraine, not just among Catholics but also among Orthodox and even non-believers, that Pope Francis is the most important moral authority in the world today,” Shevchuk said.

“The people say that if the pope comes to Ukraine the war will end. They see the gesture of a papal visit as one of a messenger of peace.”

But Russia and its Orthodox Church, which has close ties to the Kremlin, would be unlikely to welcome any visit. It could also complicate matters for the pope as he tries to improve relations with the Russian Orthodox Church.

Plans are under way for a second meeting between the pontiff and Russian Patriarch Kirill. Their meeting in Cuba in 2016 was the first between a pope and a Russian patriarch since the great schism that split Christianity into Eastern and Western branches in 1054.

The Intelligence Game is Changing. Are We Ready?