Mysterious final movements of mum who vanished before daughter, 2, is found barefoot outside Mexican church

THE mysterious final moments of a mum who vanished before her two-year-old daughter was found outside a Mexican church have emerged.

The authorities say Tahnee Shanks, 32, had booked into a hotel with her partner but they were on their way home when they returned to the town where their daughter Adelynn was found.

Tahnee was living in Merida, Mexico but was reportedly due to return to her native Australia once her daughter received a passport.

Little Adelynn was spotted outside the chapel in Cancun on Sunday evening but is now back in Australia.

He said Tahnee and partner Jorge Aguirre Estudillo were visiting Cancun for one day and made a hotel reservation. 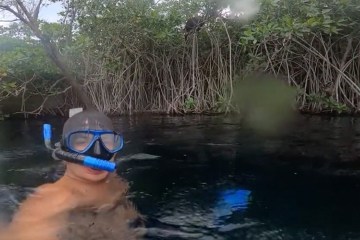 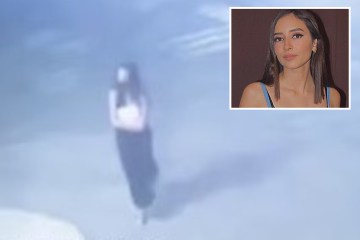 But he added “then they went back to Merida, but on the road decided to come back to Cancun, and that is when the girl’s event takes place”.

He said Mr Estudillo had been deported to Mexico from the United States after attacking a police officer and a previous girlfriend had made domestic violence complaints against him.

But while he would be a line of investigation, Mr de Oca Rosales said Mr Estudillo was being treated as a victim.

“At this time, both are victims, they are missing persons, later maybe we can determine if he is responsible for something, so far he is a victim,” he said.

Witnesses have claimed Mr Estudillo left Adelynn at the church.

On the same day Adelynn was found, a car the pair was travelling in was found burnt out about 40 minutes south of Cancun.

In the days before she disappeared Tahnee posted a series of cryptic messages including a quote from poems, one of which said “I hope you speak what’s on your mind”.

Another read “I think there’s a point in your healing journey where you stop trying to convince people to do the right thing”.

Adelynn, affectionately known as Addy, has been reunited with Tahnee family from Queensland after being granted an emergency visa.

Tahnee’s brother Ben and mother Leanne were spotted with Adelynn at the airport on Monday ready to return home to Australia.

Farmers, farmworkers alike at risk of poverty with market concentration

The King Of Fighters: The Ultimate History review: A stunning visual celebration that's a must have for fans and gaming enthusiasts - Eugene Sowah