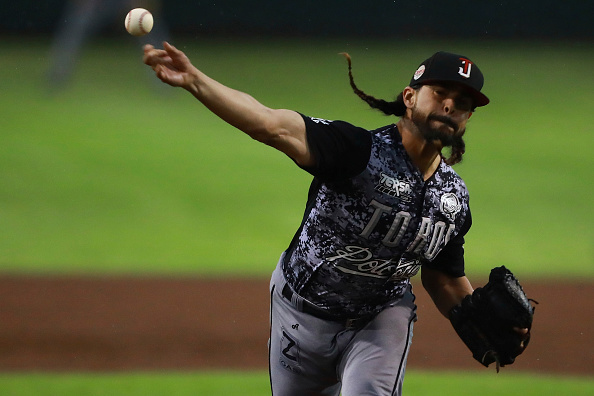 A three-judge tribunal in the Mexican state of Coahuila made the ruling on Wednesday. It cited results from the toddler’s autopsy and findings from the criminal investigation as enough evidence to convict Mitre of the crime.

According to case records, the little girl was named Ines was brought to a hospital by her mother after sustaining a “heavy loss of blood” in July 2020.

The records also show Ines had been physically abused and had what are called “raccoon eyes” that are synonymous with blows to the head.

The medical examiner said the girl suffered a fatal blow to the base of her skull and bled to death.

Mitre, 41, grew up in the Tijuana-San Diego region where he became legendary for his talents as a pitcher.

He attended Montgomery High School in South San Diego before going on to pitch for Major League Baseball teams such as the New York Yankees and Florida Marlins.

He also pitched extensively, toward the end of his career, for several clubs in Mexico including the Tijuana Toros.

Mitre is now in a federal in prison awaiting sentencing.

In Mexico, there is no death penalty, but a person can receive a life sentence as long as parole is provided in 50 years.

Was there a shooting at Hotel Xcaret near Cancun, Mexico?