Juarez shelter is building a library for migrant families 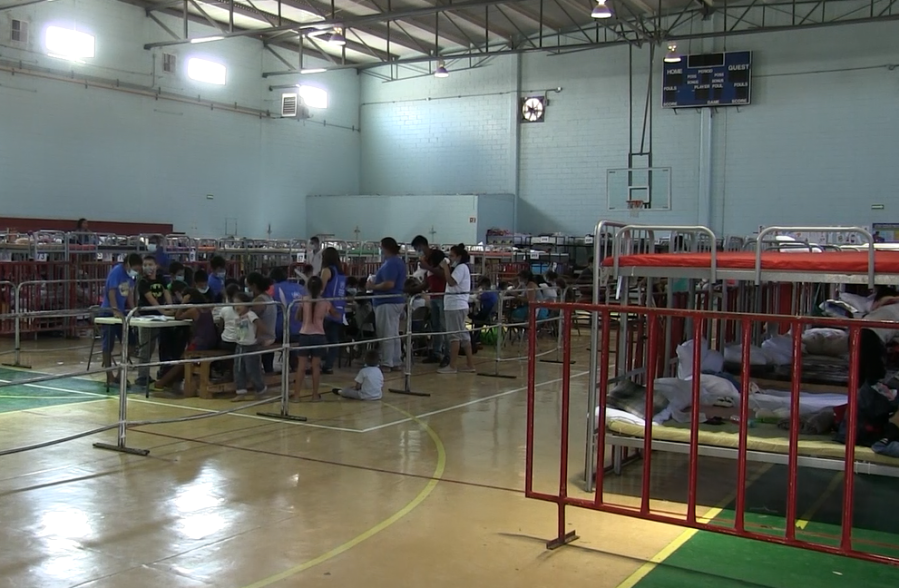 City officials have received pledges for 5,000 books — from children’s stories to self-help manuals for adults

EL PASO, Texas (Border Report) – Santiago Gonzalez knows life can be tedious when you spend several days in a shared dormitory, wondering if you’ll go back home 2,000 miles away or keep trying to cross the border into the United States.

That’s why the caretaker of the Kiki Romero migrant shelter in Juarez, Mexico, is building a library where adult guests can occupy their time constructively and their children practice reading and learn about the world beyond their confines.

“In the past we have provided health services and educational opportunities for those in a situation of mobility in our city. Now, we’re procuring furniture – such as bookcases – for this project and hope to have our library in place by March,” said Gonzalez, head of the Juarez Human Rights Office and shelter supervisor.

Gonzalez is working with Mexico’s library system to select and classify the books that will be available for migrants from Central and South America as well as some from the interior of the country who are fleeing drug violence in their communities.

“It won’t be just a pile of books. We will select the most appropriate literature for this population,” he said.

The library at the converted gym that houses 100 people is part of Juarez’s continued efforts to provide for migrants. Those efforts have continued and will improve despite recent changes of the guard at city and state government there, officials told Border Report.

“We’re dealing with a complex issue because of the changing dynamics of migration,” said Oscar Ibanez, head of Chihuahua state government services in Juarez. “Whatever the United States does (with migrants) affects us on this side of the border. It’s not just (foreign citizens), we also have repatriated Mexican citizens.”

City and state governments have spent more than $1 million since 2018 in aid to mostly church-run migrant shelters. The grants covered anything from foodstuffs and prepared meals to help with utility payments during cold spells and when the region’s heat becomes unbearable for some.

Ibanez said the state also works with private employers to find work for displaced Mexicans and for international citizens who decide to stay on the Mexican side of the border for at least a few months.

“Juarez is a welcoming community, full of solidarity. Although some of us were born here, many came from elsewhere (in Mexico) and settled here. We know how to make room for others who come seeking a better life,” Ibanez said. Roughly half of Juarez’s 1.5 million residents were born elsewhere, according to the 2020 Mexican census.

In addition to the 100 migrants at Kiki Romero gym, two dozen private shelters as of Wednesday were hosting 2,700 people, said Enrique Valenzuela, head of the Chihuahua Population Council.

And while Mexican authorities have a good idea of how many foreign nationals arrive in the city and are expelled by U.S. Customs and Border Protection every day, they have no way to track the number of displaced Mexicans who come to the border. Those migrants can walk right past Mexican immigration officers at the international bridges and many newcomers usually have a relative or acquaintance where they can stay upon arrival to Juarez, officials said.